(*In other words, a mighty long time since I last posted)

I love this time of year. I would say it's my favourite, except that I suspect I've probably declared in previous Septembers, Novembers and Junes that Autumn, Winter and Summer are the seasons I like best (ie. whichever shiny new season is just unfolding.) But I really love Easter, and daffodils and forget-me-nots, and I love those few weeks when the evenings lengthen and are indigo blue rather than sullen grey, and when the blossom is out and it glows against the gathering dark, and when our garden actually manages to look almost nice for about five minutes.

This year the season has been all the more special because amazing things have been happening in book world, and from now on I know I'll always associate pink trees and the scent of wisteria with the excitement, fear and amazement of selling my first longer-length, single title novel. In the two weeks leading up to easter my incredible agent (Becky Ritchie of Curtis Brown) was emailing daily to keep me updated on developments as offers came in, and the whole thing took on the aura of a pink-petalled dream. Finally, two days before Good Friday, a deadline was set and a decision made, and I can now announce with enormous pride and excitement, that Letters to the Lost will be published next Spring (also at apple blossom time) by Simon and Schuster under my new writing name of Iona Grey.

I haven't blogged much (at all?) about the book, which I wrote quite quickly last year. This was a bit because I didn't really want to admit that I'd set aside the one I'd been writing for such ages (which I did four days after writing this post!) and a bit because, following my failure to make that one work, I was far from confident I'd be able to do better with the next one, even though it felt like a joy to write. I'm looking forward to massively boring everyone about it when publication time approaches, but in the meantime I'll leave you with a little synopsis, and the link to my Pinterest board. (How modern!)

Letters to the Lost is the story of how love can stand the test of time and death. 1943: In the ruins of Blitzed London American airman Dan Rosinski encounters vicar's wife Stella Thorne. It is the beginning of a reluctant, impossible, unstoppable love affair in which all the odds are stacked against them. In a time when everything is uncertain, their letters help them to hold onto the one thing of which they can be sure: their love for each other. 2011: Tia Moran stumbles on an empty house in her moment of need and it seems like a miracle. But then a letter drops through the door and she is drawn into the story of a love that has endured for over half a century, and the search for the elusive Stella Thorne. Can piecing together fragments of old lives give Tia a better understanding of her own? And can uncovering the story of a past love give birth to a new one?

In other news, we've got a new kettle. An electric one, which is quite something as for the last four years or so we've been using a camping one on the gas hob (it's a long story...) And, with GCSEs starting on Monday, today is daughter #2's last proper day at High School (although I'm not sure 'proper' is the right word, given that it will mostly involve water fights and drawing on each other's school uniform). How can this be? Wasn't it only the other week that she left primary school?
Posted by Unknown at 14:16

Congratulations India! Great news. I'll be looking out for it next spring. It's pulling at my heartstrings already. Two milestones at once with a new book and daughter doing GCSE's. Wow!

Thank you so much Sarah! (Lovely to hear from you btw - how is your book coming along?)

GCSEs start today, and I'm currently doing the edits for the book, so it's definitely time to stop celebrating and get back to work. Ouch!

Hi India. The book is almost ready to send off to the NWS. Will I ever be happy though to let it go?! Hmm. Better get working on it.
Best wishes to your daughter for her GCSE's.

I don't think you ever have any kind of perspective on your own writing, and you can never read back through anything without wondering if it should be written slightly differently... In other words, I bet it's ready now! Send it and GOOD LUCK! xx

Hello India,
Can't wait for your next release. I saw a new show with James D'Arcy and then it was pulled from the schedule after two episodes.

Indigo blue instead of sullen grey….perfect.

CAN'T WAIT to read Letters To The Lost.

Hi Jane - and thanks for the D'Arcy bulletin! What show was it? He seems to be doing a lot in the US at the moment, but honestly, if they're going to pull his shows I really think he should come home where I can appreciate his... *ahem*... acting talents.

Sharon, you're an angel - and a very loyal, polite one at that. I'll obviously send you a copy and needily await your verdict. (Which mustn't be too honest, OK?)

The show is called "Those Who Kill" and it's based on a Danish TV series. I saw the first episode and liked it. I think they'll eventually air the rest of the episodes.

Oh, I've heard of that! (and stalked the pictures online.) can you confirm that he looks pretty hot in it? (Careful how you answer this Jane...)

India, I can confirm that James is hot. He plays a professor, but of course there's more to his backstory.

Jane, that was the RIGHT ANSWER! I really hope the series comes over here. He's been away too long!

Catherine - lovely to hear from you! But DO NOT encourage me with the book stuff. It'll be painful...

Hope all is good with you and your lovely girls xx

Cannot wait to read Letters To The Lost.

Christine - thank you for the congratulations!

(Was that my advice? Blimey - what a hypocrite I am. *stares at pages of over-thought notes on latest book*) Hope your writing is going well!


My name is Leah Brown, I'm a happy woman today? I told myself that any loan lender that could change my life and that of my family after having been scammed separately by these online loan lenders, I will refer to anyone who is looking for loan for them. It gave me and my family happiness, although at first I had a hard time trusting him because of my experiences with past loan lenders, I needed a loan of $300,000.00 to start my life everywhere as single mother with 2 children, I met this honest and God fearing online loan lender Gain Credit Loan who helped me with a $300,000.00 loan, working with a loan company Good reputation. If you are in need of a loan and you are 100% sure of paying the loan please contact (gaincreditloan1@gmail.com) 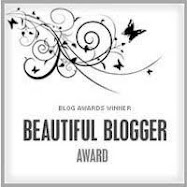